Go Back to Shop All CategoriesBlog
HomeBlogBlogWhat Would Be Required For Drone Delivery to Be Safe? 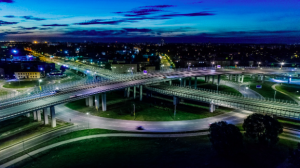 The next frontier in the drone industry is fast approaching: the movement into the public sphere as a delivery bot.

In the last several years, there’s been a shift in the regulatory resistance to delivery drones. What was once considered a speculative proposal is now beginning to be accepted as inevitable, and solutions are being worked out to allow drones to operate safely.

Obstacles to Acceptance
Before drones can start delivering the necessities and indulgences we want from them, issues need to be addressed involving the technical aspects, risks and logistics of drone deliveries. Here’s a list of some of the concerns and challenges involved in getting drones up to speed as delivery bots:

One development that has helped with the acceptance of drone deliveries is the rise of the autonomous vehicle.

Unmanned passenger cars and long-haul delivery trucks are now on the road, and some of the technology that’s brought this about will carry over to making drone deliveries a safe and convenient reality.

There are other considerations that are going to have to be addressed, however, before you can order a pepperoni pizza and have it delivered by drone.

A typical drone delivery prototype is a quadcopter with four or six rotors, closer to a hobby drone than a fixed-wing military drone. Because they’re battery-powered, the range of a delivery drone is only around 15 miles.

In the U.S., the Federal Aviation Administration (FAA) has a list of requirements for drone operation. Drones can’t weigh more than 55 pounds, can fly only up to 400 feet, and must remain in the line of sight of an operator.

Obviously, the requirement that drones remain visible to an operator will have to be scrapped for drone delivery to be feasible. The FAA now has a program set up to approve drone delivery testing called the UAS Integration Pilot Program.

Testing is already underway outside the U.S. in countries like Australia, Africa and England, so we’ll fall behind other countries if we don’t jump on board enthusiastically.

Here are a few of the challenges to safe drone delivery with some possible solutions:

Risk Avoidance Technology
Drones can communicate with each other and with the people operating them through radio frequencies. Unreliable signals have made it hard to achieve an unbroken connection up until now. But, taking a page from the airlines, the establishment of ground stations along the flight path can boost the signal and allow uninterrupted communication.

High-performance, compact radar capability will help avoid drone crashes. Miniature microwave sensors combined with GPS and autonomous flight controls can give a drone the capability of making mid-air corrections to avoid a collision. Here are some of the other sensors present in a drone:

Landing and Drop-off Logistics
Commercial drone delivery clients have an edge in this category since many businesses have flat, accessible roofs. Some buildings can be retrofitted to accept rooftop deliveries, but for those that can’t, there are other ideas.

In a city or suburban setting, drone hubs could be set aside as designated sites for people to accept deliveries. For increased safety, the landing pad could also be fenced.

Recharging and Expanded Distance
For drones to make deliveries within a reasonable radius, they’ll need to recharge. One forward-thinking idea is the proposed Amazon drone recharging tower. Resembling a beehive, the tower is described as a combination recharging station and fulfilment centre.

Drones would dock in one of many openings in the tower rather than landing on the ground or a rooftop. The towers would be spaced according to the distance a drone can cover before recharging.

Testing Issues
Now that the US FAA has begun to allow trial runs of drone operations, safety and logistics features will be refined and improved.

A lot of the current testing is being done in situations where delivery would be extremely difficult without drones. One prototype is the delivery of food and medical supplies to remote locations.

Coming Soon to a Location Near You
There are a lot of factors to consider concerning the safety and logistics of drone deliveries.

The good news is that these issues are being worked out in trial runs all over the world. Just like autonomous ground vehicles, drones will find their place in society and could impact many fields. Technology and testing are paving the way for a future that includes delivery by drone, so there are interesting times ahead folks.

In this article we’re going to take a look at some of the data collected in the new report from Skylogic Research on the drone industry—data we think is important to you and answers the question: “Where are drone-based service providers making money?” The report defines Service Providers as those individuals or companies that offer drone-based...

The legislation aims to tackle drone-related incidents such as the one which caused chaos at Gatwick Airport last year. Drone owners will have to register their device, complete an online theory test and pay a one-off £9 fee under new regulations that take effect across the UK from today. Anyone owning a drone that weighs... 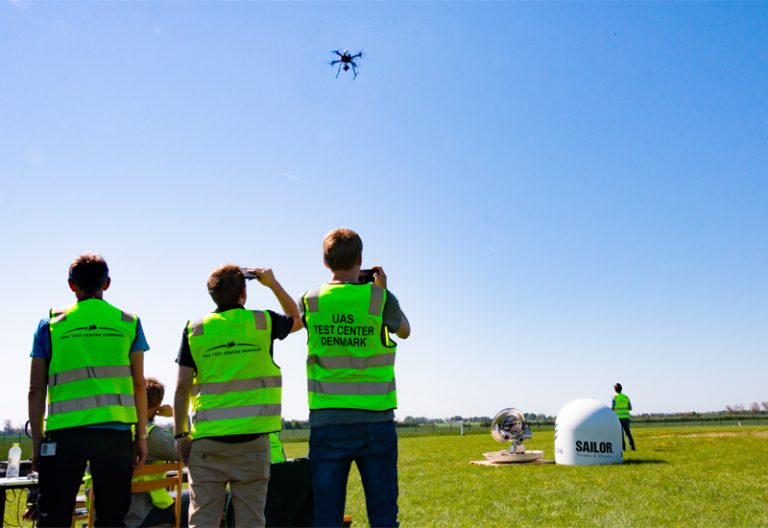 In this article we’re going to take a look at some of the data collected in the new report from Skylogic Research on the drone industry—data we think is important to you and answers the question: “Where are drone-based service providers making money?” The report defines Service Providers as those individuals...